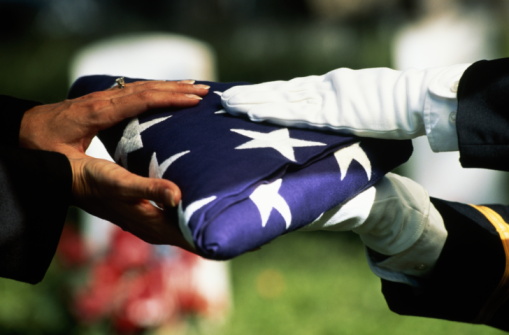 At 3 pm local time, please pause for a moment of silence and remember those who have died while in service to America.

The National Moment of Remembrance Act

From the website of the Office of Public and Intergovernmental Affairs:

Three years after the Civil War ended, on May 5, 1868, the head of an organization of Union veterans — the Grand Army of the Republic (GAR) — established Decoration Day as a time for the nation to decorate the graves of the war dead with flowers. Maj. Gen. John A. Logan declared that Decoration Day should be observed on May 30. It is believed that date was chosen because flowers would be in bloom all over the country.

The first large observance was held that year at Arlington National Cemetery, across the Potomac River from Washington, D.C.

In 1971, Memorial Day was declared a national holiday by an act of Congress, though it is still often called Decoration Day. It was then also placed on the last Monday in May.

© Criselda Marquez and Embracing Life: 4/29/10, 2014. Unauthorized use and/or duplication of this material without express and written permission from this blog’s author and/or owner is strictly prohibited. Excerpts and links may be used, provided that full and clear credit is given to Criselda Marquez and Embracing Life: 4/29/10 with appropriate and specific direction to the original content.
%d bloggers like this: